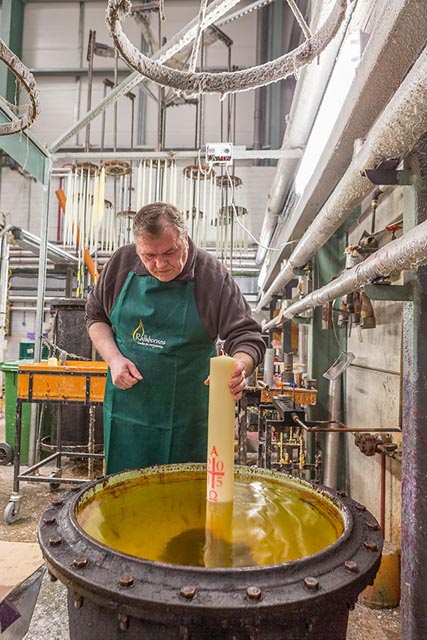 Based in Dublin, Ireland, and supplying candles since 1910 we are one of the oldest suppliers of Church Candles in Ireland.  Our handmade beeswax candles are still produced, on our premises in Dublin, in much the same way as they were over a century ago.

We can meet all your church requirements  including:

Lalor Candles was found in 1910 by AJ Lalor.  Their first move was to secure the services of Joe Little, a beeswax expert, who had learned his trade with Rathborne Candles.

An interesting advertisement appeared in the Irish Times in 1910, under the heading 'Altar Candles'. It read:

Encourage a Genuine Irish Industry.  Messrs LALOR LIMITED beg to inform the clergy and heads of Religious Communities that their Factory is now open, and they are ready to supply all orders entrusted to them for Holy Mass Candles 75% or 65% Besswax, Vegetabel Candles, Altar Candles 25% Beeswax, Shrine Candles, Night Lights, Santurary Oil, Wicks and Floats, Incense, Charcoal, &c., &c. Samples on Application.  All Canldes made under the personal supervision of A.J. :Lalor, late manager, And J. LIttle, Late Beeswax Expert. Telephone 1030. LALOR LIMITED.  Office: 14, Lower Ormond Quay, Dublin. Factory: Great Strand Street. P.S. - Our Candles are approved of and sanctioned by the Hierarchy and Clergy of Ireland.

One of Lalor's Directors was Cathal Brugha, a patriot and hero of the War of Independence.  A story of that era relates to Michael Collins, who was said to have donned the overalls of a candle-maker and was placed on the carousel making candle dips while the Black and Tans searched the premises.  When Neil Jordan's film on the life of Collins was being shot during 1995, one of the locations considered was Rathborne's factory at East Wall Road.  It was proposed to shoot scenes in the old part of the factory, which housed the moulding machinery that was in use at Lalor's during Collins' lifetime.  Though the premises did  not, in the end, feature in the film, it has, however, featured on the cinematographer's reel, when The Woman Who Married Clark Gable was shot on the premises in 1985. 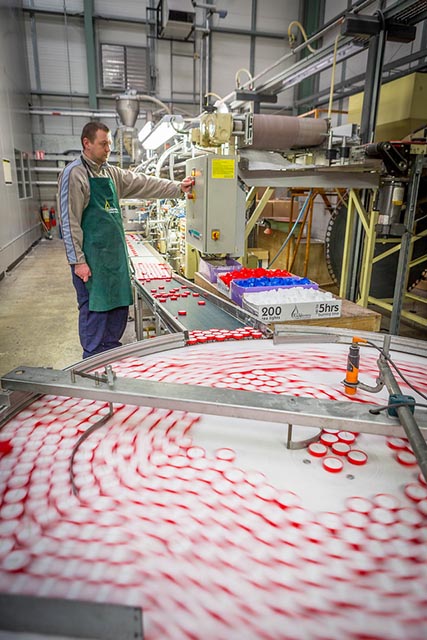 The consolidation of Lalors and Rathbornes, in 1966, was the biggest rationalisation in the history of Irish candlemaking, consolidating production of both companies at East Wall Road.

The company grew from strength to strength and in 2002, the company relocated to it's new premises in Rosemount Business Park, Blanchardstown.  Lalor continues today to be one of the biggest suppliers of church candles in Ireland while Rathborne Candles specialises in candles for the domestic market (fragranced candles).  Find them on www.rathbornes.ie.

As one receives a candle from this Irish Company one is getting a product that was first manufactured by the firm within the old city walls some 514 years ago. While our votive candles have been automated on our premises in Dublin, our handmade beeswax candles are stiil crafted in much the same way as they have alway been.

See our Paschal Candles hand dipped in the picture to the right in 2015 just as they were in 1910.  It is this reputation for quality and hand craftmanship passed on from generation to generation that has seen the company remain to the forefront of Irish chandlery.

We look forward to continuing to uphold this quality and tradition and remain one of the oldest Irish Companies.